He had lost his cat five years ago, he has just found it 135 km from his home 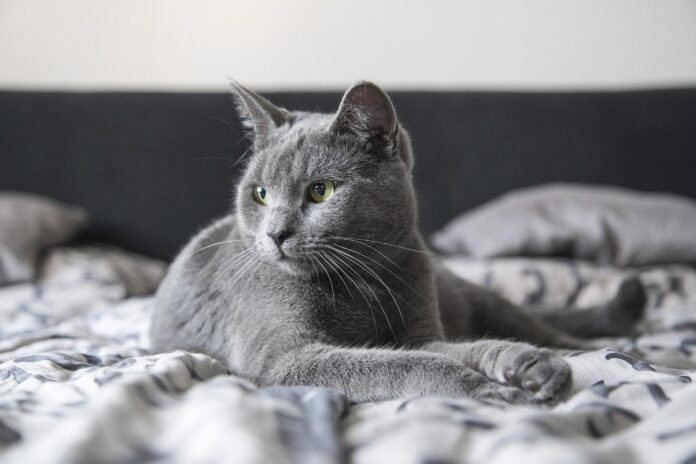 When they say you should never lose hope… Five years after losing track of “Michou”, Ladislas no longer believed it. As France Bleu Loire Océan reports, the young man has just found his cat.

To rewrite the story, we have to go back to 2017. Ladislas lives in an apartment and adopts a young cat he calls Michou. He decides one day to make him discover the countryside, in Chemillé-en-Anjou, between Angers and Cholet, where his parents live. Bad idea…

“We thought he was dead”

“He discovers the outside a little because my parents live more in the country. He doesn’t come back anymore. So we put up posters all over town like we usually do when we lose an animal. And then we don’t have any news. We have since thought he was dead or adopted by someone else”remember the master.

Also read: The vet announces that they euthanized their cat, they find her on Instagram two months later

Days and weeks pass, the cat does not return. The young man will move several times and will choose to adopt a new cat. And then, at the end of October last year, he received a call from a veterinary clinic in Sables-d’Olonne: “I get calls asking me if I’ve lost a cat. In the meantime I’ve got another cat. I say no, mine’s still at home.”

In another step, Ladislas still evokes the “Michou trace”, which has been cold for five years: “And I say, ‘there’s still a cat that actually disappeared five years ago’. They tell me it’s probably him, ‘he’s in Les Sables d’Olonne, a lady told us we brought’ .Suddenly the hypothesis is that maybe he was taken on board, we don’t really know.

In any case, the cat – found 135 kilometers from where it disappeared – is in very good shape: “It was a very good surprise, quite touching!” Unfortunately, the young man – who still lives in an apartment with his cat – no longer has room to welcome his former companion.

However, they managed to find a new cocoon for him… with his parents! Hope he doesn’t run away this time.

The cat “17”, mascot of the Albi police station and little Instagram star

For 15 years, this black-colored cat lived in a railway maintenance workshop and did not want to leave it for the world

This cat sees snow for the first time in its life, and its reaction speaks for itself (video)

mrila.com, is a website dedicated to sharing informative and entertaining content that is available out there on the internet. The content is in the form of articles, slideshows and videos. If you would like to contribute to mrila.com, just hit the contact tab and send us your articles or simply share your story with us. Cheers.

Manage Cookie Consent
To provide the best experiences, we use technologies like cookies to store and/or access device information. Consenting to these technologies will allow us to process data such as browsing behavior or unique IDs on this site. Not consenting or withdrawing consent, may adversely affect certain features and functions.
Manage options Manage services Manage vendors Read more about these purposes
View preferences
{title} {title} {title}
%d bloggers like this: