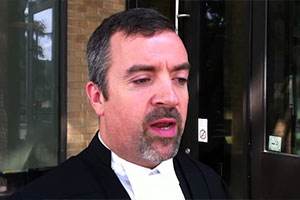 A man convicted of murder has just had his conviction quashed, as the friendship between the trial judge and the crown attorney cast a shadow over the fairness of the proceedings.

Convicted of murder in 2017, Andrew Cowan has just won his case before the Ontario Court of Appeal, which overturned his conviction on June 1 and ordered a new trial.

The reason? In R. v. Cowan, the crown and the judge were seen drinking and eating together during the proceedings.

Pleading attempted murder followed by suicide, the Crown, which was represented by Thomas Meehan in 2017 finally secured a second degree murder conviction against Mr. Cowan.

During a drinking binge with a pal in 2011, Andrew Cowan took his vehicle and killed the passenger, his pal. In defense, the suicide pact was alleged, but the jury decided otherwise and returned a verdict of guilty on a charge of murder.

The judge Kelly Gorman of the Ontario Superior Court imposed a mandatory sentence of life imprisonment and set his eligibility for parole at 10 years.

Citing several grounds of appeal, Andrew Cowan challenged the verdict. Among the reasons, the partiality of the magistrate was retained by the Court of Appeal.

Indeed, Judge Gorman and Crown Attorney Thomas Meehan were good friends in real life. Information that had been transmitted to the defense at first instance, which nevertheless decided to proceed.

What the defense did not know was that Thomas Meehan had tried to be reassigned to another file, without success.

After the verdict was rendered but before sentencing submissions, Judge Gorman and District Attorney Meehan went for a drink, ending the evening at a restaurant.

It was enough for Andrew Cowan’s defense to plead miscarriage of justice because the trial did not have an appearance of fairness.

The Court of Appeal unanimously agreed with the defence. “The Crown’s agreement not to appear before the trial judge and its attempts to have the case reassigned signaled a real risk” for the defendant, the appeal judges ruled. They also felt that the situation undermined the fairness of the trial.

The Court of Appeal further noted that Judge Gorman had asked the Crown team to join her for a drink immediately after the trial ended, at a sports bar in her hotel, and that she then dined alone with the Crown prosecutor.

Even an intern present at the evening felt uneasy and informed her superiors. A complaint has been filed against lawyer Meehan, who was suspended in 2020 for one week.