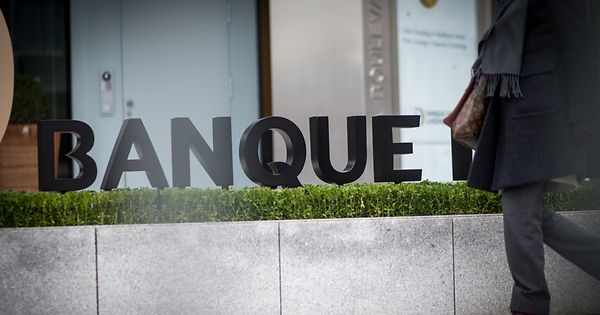 In Luxembourg banks, consumer credit interest rates fluctuate according to certain patterns. What causes this?

In Luxembourg banks, consumer credit interest rates fluctuate according to certain patterns. What causes this?

Credits are the cheapest in February

At first glance, the figures compiled month by month by the Central Bank of Luxembourg (BCL) seem to have a certain dynamism to them. On closer inspection, however, it is possible to identify a certain pattern. Thus, since the beginning of 2003, consumer credit rates have almost always been the lowest in February, while they were among the highest at the end or beginning of the year.

In June 2022, households taking out a mortgage had to bear interest rates, whether fixed or variable, higher than those recorded in 2021.

In March 2016, the European Central Bank (ECB) lowered the key interest rate to zero percent. And he stayed there until July this year. And yet, even during this period, interest rates fluctuated by as much as 1.5% each year, sometimes for as little as two months. How is it possible ?

Asked about this, the banking association ABBL gives a possible answer. “We believe it is linked to the car festival taking place at this time,” said an ABBL spokesman. “Banks tend to lower their interest rates because the demand for credit to buy a vehicle is high,” he adds. And the Central Bank of Luxembourg gives the same explanation.

The BCL statistics show that not only are interest rates lowest in February, but that it is also the month when the amount of credit is by far the highest. Over the past ten years, this amount – for contracts with a fixed interest rate between one and five years – has amounted to approximately 80 million euros on average each February, while it was usually only 15 to 20 million in the weakest months of these years. .

At the end of the year, there was a slight increase in prices, which is explained more by technical than economic reasons.

While the car festival is indeed the main reason for the then low interest rates, it does not explain why the interest rate then rises again. Especially because it goes against the principle of supply and demand. And if banks offer relatively cheap credit when demand is particularly high, why do they become more expensive when demand falls?

Do the banks do their business at Christmas?

It is possible that the dependence is exactly the opposite: the number of credit contracts is so high in the months of February only because the interest rate is then at its lowest. After all, car purchases are among the highest recurring investments. And since there is basically no reasonable reason to buy a new car every three to four years, the banks help a little in connection with the car festival.

The study by ABBL and CSSF shows that the majority of assets are still held in current and savings accounts and confirms the trend towards digitalisation.

In any case, the next Autofestival will take place from 23 January to 4 February. If the trend remains true to the current statistics, interest rates will fall again. Don’t count on it this time though. Indeed, the European Central Bank has already raised its key rate three times this year, taking it from zero to 2%. And experts expect another increase of 0.75 percentage points to follow at the currency watchdogs’ next meeting on December 15.

Last February, the average interest rate (for one- to five-year fixed-rate contracts) on new consumer loans granted in Luxembourg was 1.54%. But at that time the key interest rate was still at 0 per cent.

According to BCL’s statistics, interest rates on loans have continued to rise ever since. In September, the last statistical value recorded so far was 3.46%. But the key interest rate has already increased by 0.75 percentage points, and that is precisely what can happen in mid-December. One thing is therefore certain: even if the banks do not deviate from their tradition in February next year, the interest rate will be very far from that which car buyers have been used to in recent years.

This article first appeared on wort.lu/de

On the same topic

In Mosel, many loan applications are currently being rejected. Blame it on inflation that is pushing banks to extreme caution. The same in Luxembourg.

The ECB raises its key interest rates on Thursday

After a decade of generous fiscal policy, the European Central Bank is raising its key interest rates on Thursday.

It is becoming more and more expensive to borrow money from a bank, which is confirmed by the figures from the central bank of Luxembourg.

If you want to buy an apartment or a house and borrow money on favorable terms, don’t delay any longer.

Interest rates on mortgages have seen their strongest increase in three years. According to experts, this trend is expected to continue in 2022.

Particularly low interest rates pressure many future owners to reject variable interest credit offers. A change in attitude that is pushing the banking sector to adapt.

Manage Cookie Consent
To provide the best experiences, we use technologies like cookies to store and/or access device information. Consenting to these technologies will allow us to process data such as browsing behavior or unique IDs on this site. Not consenting or withdrawing consent, may adversely affect certain features and functions.
Manage options Manage services Manage vendors Read more about these purposes
View preferences
{title} {title} {title}
%d bloggers like this: